I had a traumatic birth experience with my son – a label that I’m only just recently becoming comfortable with using. I didn’t experience the full effects that his birth had on my psyche until months later - an emotional aftershock, so to speak. Was my trauma a result of an incredibly painful birth experience? Not really. It was less the birth itself in any capacity – and more the aftermath of it.

A diagnosis of neonatal hypoglycemia landed my Little Man in the Neonatal Intensive Care Unit (NICU) – which meant that only a mere hour and a half after he was born, just as the dust was beginning to settle and a tired calmness had come over our new little family of three – he was separated from us. While he was only in the NICU for two and a half days, those two and a half days were some of the most volatile, challenging and life-changing I have ever had. The NICU stay was followed up with a very difficult first few months of breastfeeding as I tried desperately to catch up to the large amount of formula that my baby had so quickly grown accustomed to during his hospital stay. After that came a constant stream of ear infections, and some other major personal events – all of which piled one on top of the other, leaving me feeling almost suffocated. I was living but, looking back, I was really just going through the motions.
Read more »
Posted by Lauren at Wednesday, January 25, 2012 1 comment:

The Politics of Choice: Autonomy and Ways of Knowing in Pregnancy and Childbirth

I recently read a really wonderful article that asked some thought-provoking questions about medically managed pregnancy and childbirth. Namely, can informed consent in truly exist in an environment where choices are actively – and subversively – shaped by “the system?” What about when “the system” uses fear to motivate and influence choice in a particular direction? 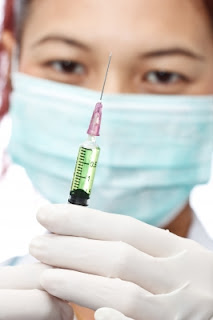 It is such a difficult thing to extract autonomy and personal choice from the context in which they are created - so many things influence our decision-making process, many of which we are not even aware of. When it comes to pregnancy and childbirth, there are a lot of decisions to be made...and yet so few of those who we see as "key players" in pregnancy and childbirth are culturally perceived as capable and competent to make these decisions. The "gut instincts" of mothers and fathers are routinely seen as being unscientific and uninformed and, therefore, not worthy of consideration.
Read more »
Posted by Lauren at Friday, January 06, 2012 2 comments:

Part 2 - Fear and Pain: A Cultural Picture of Childbirth...and What We Can Do to Change It

As discussed in Part 1 of this post, the experience of childbirth - and particularly the experience of childbirth as inherently painful - is strongly influenced by cultural perceptions and norms. In America, birth is largely defined by the culture-bound idea that pain and childbirth are inextricably linked. Insofar as thoughts and beliefs can impact personal experience, women who are told repeatedly to expect that birth will be grueling, difficult and painful naturally internalize these views (and the fears that result from them) over time and, thus, their birth experience could more likely be a painful one.

Challenging Our Views of Birth
If an understanding of birth as fundamentally painful and unpleasant can lead women to experience it as such, one has to wonder if this rule can be reversed. Are women who view birth as inherently comfortable -something to be embraced rather than resisted - and themselves as calm, confident and capable, less likely to have painful, difficult birth experiences?

Fear and Pain: A Cultural Picture of Childbirth...and What We Can Do to Change It

What if I told you that I gave birth to my child without anesthesia or medication of any kind, without any medical interventions to speak of...and the result was a childbirth experience that was virtually devoid of any pain? That I experienced childbirth in its fullest, most visceral state, completely comfortable and aware throughout the whole process? Would you believe me?

Allow me to digress for a moment, and ask you this question, instead: What is it about childbirth that immediately conjures images of screaming pain and terror? Why is it so difficult to believe that a child can be born peacefully and with minimal pain and discomfort?
Read more »
Posted by Lauren at Friday, October 14, 2011 11 comments:


Family Timing among Gen Xers;
Pills Gone Wild; and
The Adventures of Fertile Myrtle and the Family Planning...Beads?

Lauren
I'm a social science researcher-by-training and non-profit professional-by-day. In my spare time (or what's left of it!), my fascination with pregnancy-, birth-, child development-, and parenting-related literature often reaches junkie-like proportions. I am "momba" to one seriously adorable little boy, a.k.a. "Little Man."